By Frank Strazza on November 11, 2014 in 7 Drawer Dresser Build Step by Step 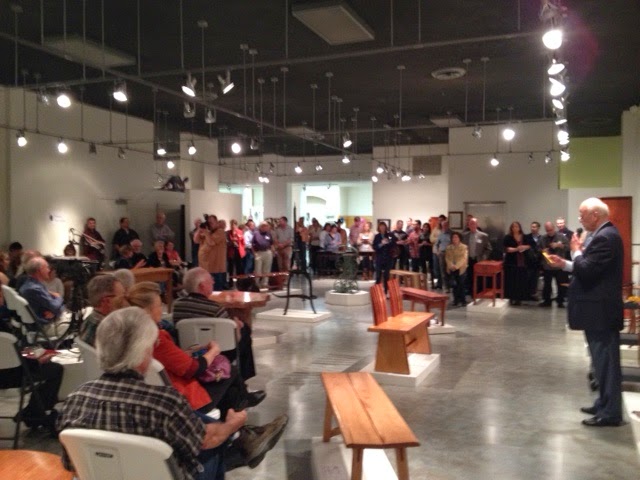 The awards ceremony at the Texas Furniture Makers Show was packed as usual, with friends and family. It is a great time to reconnect with fellow furniture makers to share ideas and ask questions.

One of the Judges, Curtis Whittington, gave a nice talk prior to the announcement of the awards. He talked about how hard it was to judge the show. He said that he had been a furniture maker for over 50 years, 35 of which was his primary means of making a living. He said that this show was nationally recognized and one of the best furniture shows in the country. I was quite surprised and very honored when they announced that I had won 2nd place overall, for the dresser I have been building. The judges said they liked the simplicity and the high level of craftsmanship as well as the attention to detail. After entering my Rose Table  a couple years ago, this was really on the total opposite end of the spectrum in regards to style! In fact my 9 year old son was trying to convince me that I needed to put an inlay in the top of the dresser the day before we delivered it to the show! He kept on saying, “Dad, you’re not going to win anything!”

Again I was humbled to receive the award especially in the presence of such other extremely fine crafted and designed pieces.

It was also a pleasure to meet Doug Stowe. The judges assured all of us that they had no idea who made each piece while they were judging, the show staff removed all artist information from the piece prior to the judging.